This is by far the yummiest pumpkin pie I have ever tasted! Everyone has an image in mind of what America can offer them. Call it the “American Dream”, or the allure of the “Wild West”, call it whatever you like… Most people have, at some stage wondered what life in the US might be like… Especially as a foreigner. I’ll be honest!!

When we immigrated to the US there were many possibilities that captured my imagination. But I was never prepared for what lay ahead…

One night shortly after our arrival, we hosted a Pampered Chef party at our new home. We invited a bunch of new friends and prepared ourselves to cook dinner (that’s what you do when you host a Pampered Chef party, it’s great fun!). Anyway… when we got to the dessert, it was as if fireworks exploded, this beautiful slow-motion scene played off before my eyes. And there it was.

PUMPKIN IN A CAN!

Where in your wildest dreams would you EVER stumble across PUMPKIN IN A CAN! I wish someone had taken a picture of my face. Ridiculous! SO, we ended up making a 3 ingredient pumpkin cake. Actually, we used muffin pans so they were perfect for individual helpings.

Back in South Africa, we would still have to peel, dice, boil and drain the pumpkin before we used it in a cake/muffin… I was so impressed and overcome by this level of convenience, that I could not stop giggling. I mean, think about it… Pumpkin in a freakin’ can!

The sheer level of convenience still startles me a little. But I tasted this cake that is traditionally eaten during Fall (Autumn), and – even though the premier ingredient came straight out of a can – it was delicious! So I thought I would share the recipe with you! 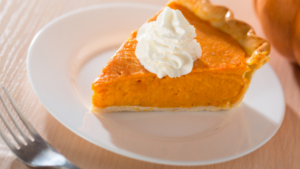 1 Tub of Cream Cheese Frosting (Yes, that comes in a tub as well). Crazy!

5 Spice (added to your liking)

Cream Cheese and Unsalted butter mixed together to form a smooth consistency.

This cake was an absolute treat! I loved the new experience. 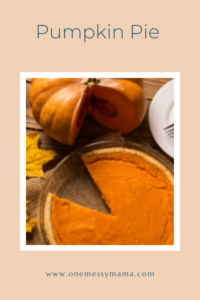